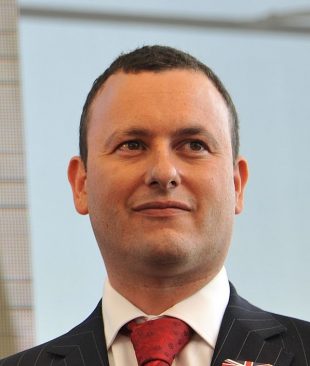 On 1 July last year, we launched NHSX to rapturous applause.  Or, to be exact, to a mixture of hope, scepticism, indifference and bemusement.  An initial flurry of public activity has been followed by six months of a lower public profile, leading some to wonder what we’ve been up to in the meantime.  So let me try to explain.

We have been working on three main tasks - laying the foundations for a new approach; building capability; and doing all the things that we were doing before we created NHSX.

First, laying the foundations for a new approach. We want to do some important things differently, but this takes time to get right and implement. Some examples:

The list isn’t exhaustive, but I hope it makes clear that we have quietly been working on some important projects that will help the NHS.

The biggest constraint on all this is our own bandwidth.  So we’ve been recruiting to fill a series of new posts that will give us the expertise and capacity we need.   We’ve appointed our first permanent CTO, and we have just announced our new CNIO. We will soon be announcing our new CIO and Chief Commercial Officer.  And there are a range of other jobs - for example, we’ll be appointing a Director of AI, and we’re in the middle of appointing leads for each of the five NHSX missions.

I still want to avoid turning NHSX into a leviathan.   We needed to build expertise in a series of new areas to fulfil the role we’ve set ourselves, but we won’t grow bigger than we need to.   And we are taking the time we need to find the right people, with the right skills and attitudes, to form a brilliant and diverse team, crucially including people with real experience at the NHS frontline, and deep tech and commercial skills.

Third, we’ve been getting on with all the programmes that we already had in flight, together with some new ones (like building the IT back-end for Screening, and scoping out a new system for Booking, Referring and Managing Advice).  In the past six months we have made real progress. Here are a few highlights:

We will very soon be setting out our plans in more detail, in a Tech Plan that will show how tech will underpin and help deliver the NHS Long Term Plan. In keeping with how we want to operate, we won’t launch a fully formed magnum opus on the world, but put out a series of draft elements over time, looking for comments. We will start with the vision and overall plan. I hope you will join the conversation.

The Technology in the NHS blog is intended to support Secretary of State for Health And Social Care Matt Hancock’s vision for the NHS.